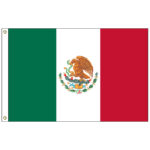 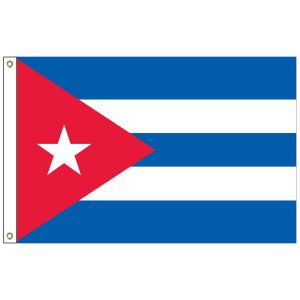 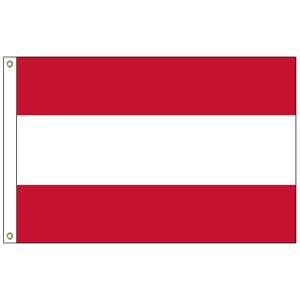 The Flag of Mexico is a vertical tricolor of green, white, and red with the national coat of arms charged in the center of the white stripe. While the meaning of the colors has changed over time, these three colors were adopted by Mexico following independence from Spain during the country’s War of Independence. The current flag was adopted in 1968, but the overall design has been used since 1821 when the First National Flag was created. The current law of national symbols that governs the use of the national flag has been in place since 1984. ⚠ Prop 65 WARNING