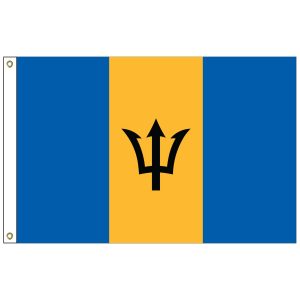 The flag of the Turks and Caicos Islands is similar to the flags of other British dependencies and colonies as it has the Union Flag in the canton. It was adopted on November 7, 1968. It is a defaced Blue Ensign; the yellow shield is taken from the territory’s coat of arms and contains a conch shell, lobster, and cactus. A Red Ensign with the shield is used as civil ensign. ⚠ Prop 65 WARNING